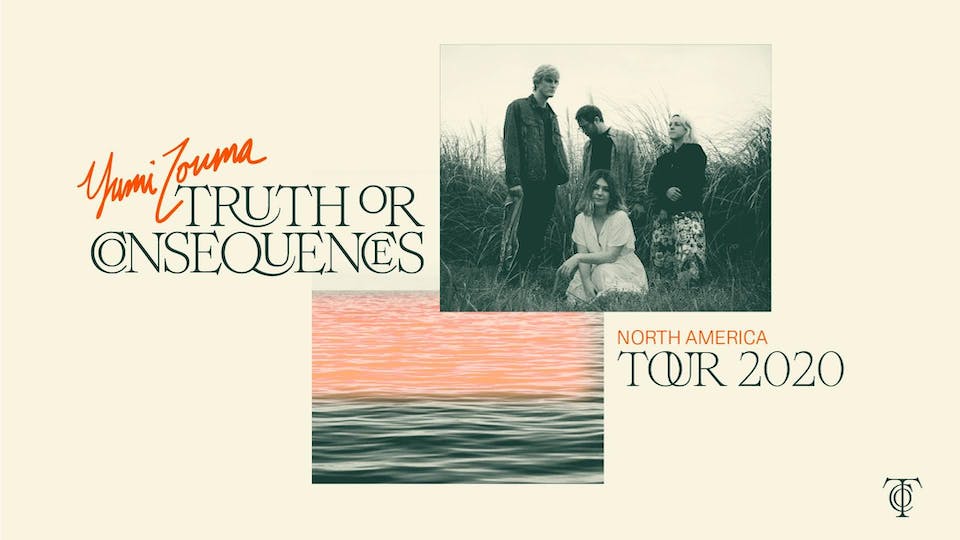 In the early 2010s, the members of Yumi Zouma spent time together on a New Zealand street that gave its name to their first single, “The Brae.” After the 2011 Christchurch earthquake destroyed that street and much of the city, its members took off for other parts of the globe and soon began writing their first songs over email.

As a result, the band was born, and distance became a recurring theme in Yumi Zouma’s work. This makes sense given the far-flung cities the group of musicians currently call home: New York City for Burgess, London for Ryder, Wellington for Campion, and Simpson remaining in their native Christchurch. Of course, distance can also manifest metaphorically, and it’s in these figurative chasms that Truth or Consequences, Yumi Zouma’s third album and first for Polyvinyl, finds its narrative: romantic and platonic heartbreak, real and imagined emotional distance, disillusionment, and being out of reach. There are no answers, there’s very seldom closure, but there is an undeniable release that comes from saying the truth, if only to oneself.

Magdalena Bay is a pop duo comprised of Mica Tenenbaum (songwriting, vocals) & Matthew Lewin (songwriting, vocals, production). The Miami-born, LA-based duo began writing together in high school and started making pop as Magdalena Bay in 2016. Inspiration is drawn from retro pop songwriting and contemporary production-- the result has been a collection of upbeat and synth-driven singles. The band bring retro aesthetics into the contemporary era, mixing 80’s and 90’s music-making and style with contemporary songwriting & production. From Madonna and Britney to Grimes, Charli XCX and beyond, they’re influenced by artists who make fun and clever pop; pop of the past, and pop of the future. Tired of hearing sad songs on the radio, Magdalena Bay is here for fun.