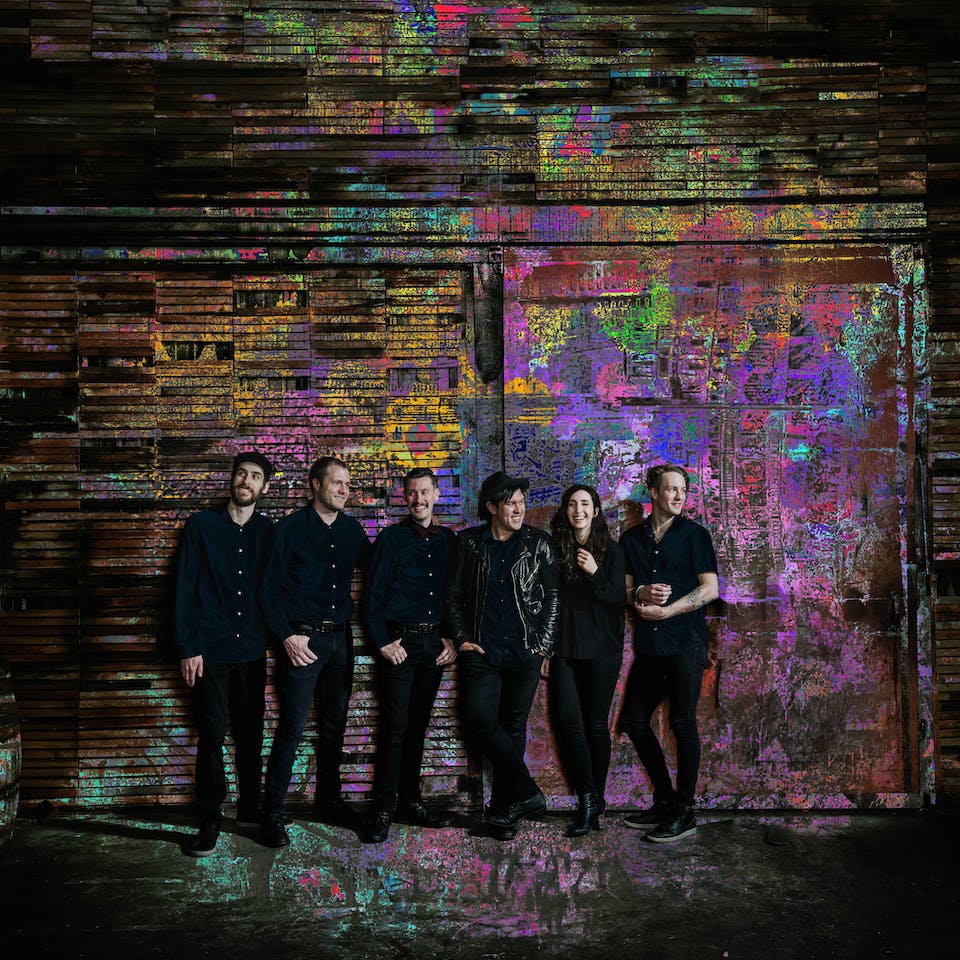 An Evening with The Family Crest 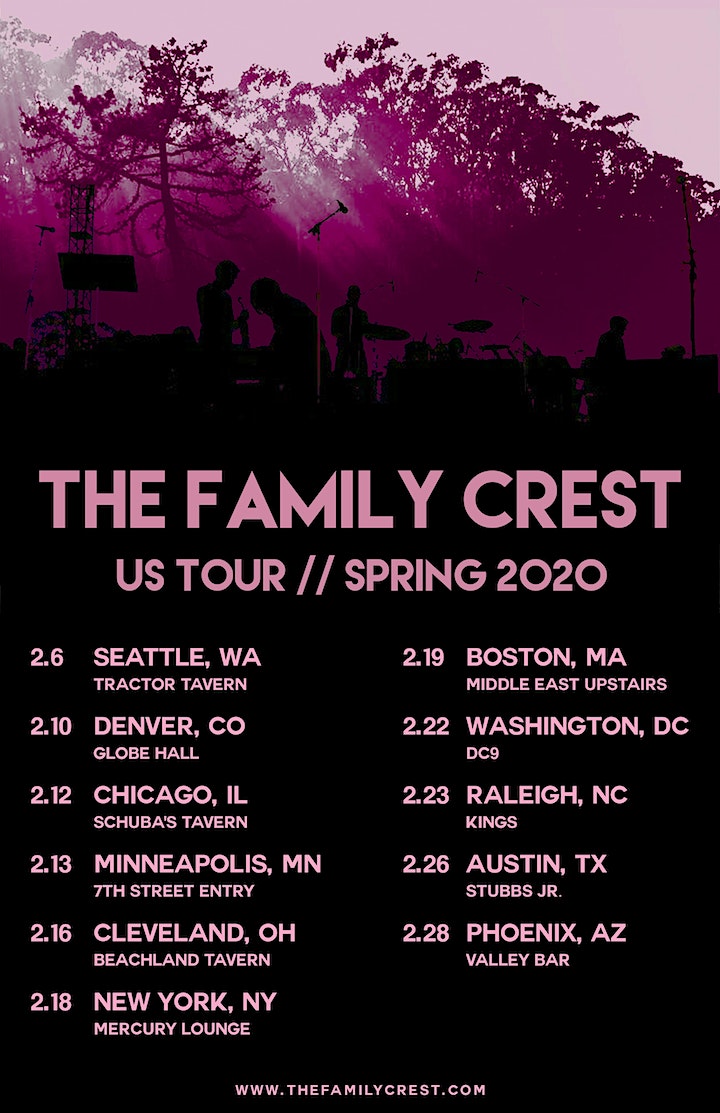 The brainchild of composer, vocalist, and multi-instrumentalist Liam McCormick, orchestral indie band The Family Crest was started as a recording project with co-founder John Seeterlin (bass) as a final release before bowing out of the industry. Instead of leaving music, they were inspired by their peers to set out to reinvent how a band could be created, starting The Family Crest with an audacious and bold vision of cultivating a musical community. “We always liked making music with people - getting a bunch of people together and singing. So we put ads everywhere,” says McCormick. “We posted on Craigslist, distributed flyers, and emailed old friends from school.” The outcome was greater than the original duo imagined, with over 80 people credited on the first recording the band produced and over 500 musicians credited throughout their catalog.

Beyond the core band, over 500 “Extended Family” members participate on recordings, live shows, and across the artistic spectrum. Known for their jaw-dropping live performances, The Family Crest has toured extensively domestically and internationally garnering the support of fans and the press alike. Bob Boilen of NPR's All Songs Considered said of The Family Crest, “Seeing is believing. Liam McCormick is a knockout singer, you simply must hear him live... There's a decent chance you're about to discover your favorite new band.”

The Family Crest has released three full-length albums and three EPs, including their critically-acclaimed breakout LP, Beneath the Brine, the music of which SPIN magazine called, “…a masterfully arranged epic… sharp strings, galloping percussion, and an ambition wide enough to swallow you whole.” Most recently, the band has been releasing pieces of their current musical concept album series, The War. “The War represents “the next version of The Family Crest,” says McCormick, and indeed, the album reveals a band more in tune with its own large-scale Baroque eclecticism. Jim Vorel of Paste Magazine described their first offering, Prelude to War, as “A sound so big, it feels like it could collapse in on itself at any moment to form a black hole… One thing is certain: These guys are just as explosive as ever, and these songs are going to bring the house down in a live setting.” The War: Act I, the second installment in the concept series brought about similar sentiments as Earmilk stated, “The Family Crest deliver complex arrangements with such confidence that each varying sound produced is done with effortless intent and is never perceived as an afterthought… a stunning explosion of color and emotion and just another reason why I'm continually captivated by this group.” According to PopMatters, “The War: Act I is another triumph for the Family Crest, showcasing once again why they equal—if not outdo—just about every one of their stylistic peers.” The next chapter in the series, The War: Act II, which McCormick calls “the heart and soul of the project,” is due for release in Spring of 2020.