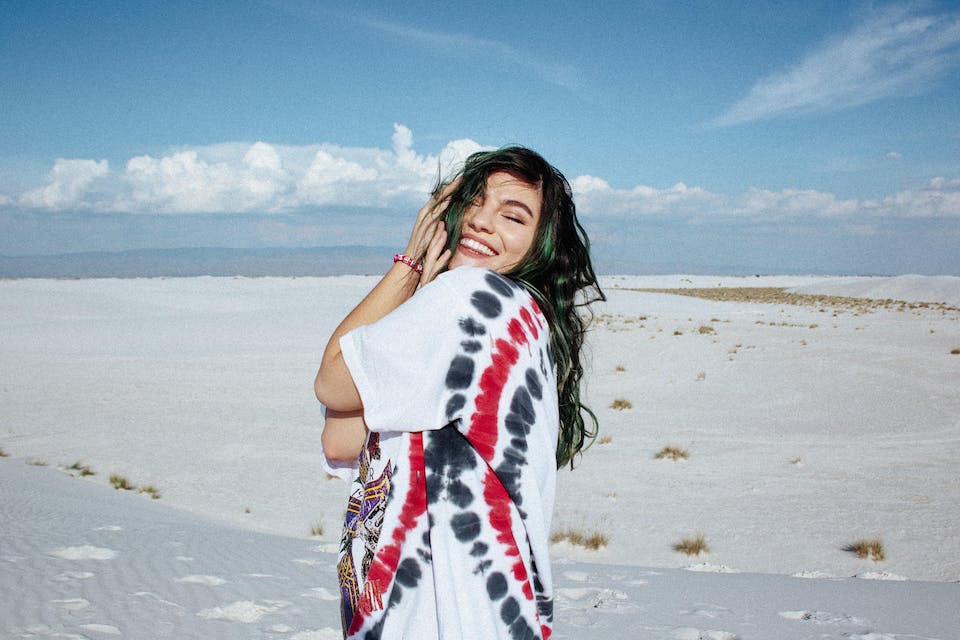 Phoebe Holiday Ryan is an American singer and songwriter. In 2015, she released a mashup of R. Kelly's "Ignition" and Miguel's "Do You", followed by her first single "Mine" from her debut EP of the same name. She signed with Columbia Records in 2015

The past 18 months have been a whirlwind for EZI. Following a chance encounter with Steve Madden at the Soho Steve Madden Store, she signed a deal with his label 5 Town Records as its inaugural signee and went on to release her debut AFRAID OF THE DARK EP. The EP's breakout single "DaNcing in a RoOm" led to EZI's first appearance on the Billboard Charts when it debuted at #38 almost a year after its first release and hit #18 on US Dance radio charts. It also saw acclaim and support from Refinery29, Earmilk, The Line of Best Fit, and more. In August of 2018 she was named the face of Steve Madden's national Madden Girl campaign, the first artist to have this honor. She has recently dropped the beguiling new singles "Need You Like That" and "Family Tree" (largely inspired by her experience growing up as a young women in America who's family immigrated from USSR) and just finished a month-long US tour as the support for Max playing to sold-out rooms across the U.S. An EP is in her sites for early 2019. All of this success has not come easy. EZI may be young (23) but she has been working for over a decade, quietly inching her way towards a career in entertainment by making one D.I.Y. move after another of her own volition. Born Esther Zyskind she changed her name to Zynn as she launched an childhood acting career. By 16, she had begun writing songs with a producer friend in the city. Amidst dysfunction at home she found solace in music. She notes, "For the first time, I basically got rid of any backup plan that I had, went against everything my parents taught me, and walked off a cliff." Another name change was in order and Esther became EZI. EZI states "I was raised very conservative by immigrant parents. I was taught to think that my adulthood would be me going to college, getting married, settling down and having a family in my twenties. My life now couldn't be more different. I'm living on my own in LA, supporting myself making music. I definitely want all those things like family, a lifelong partner in my life eventually, but I don't want to seek them out of the fear of not living up to a stereotype.
Venue Information:
DC9 Nightclub
1940 9th St NW
Washington, DC, 20001