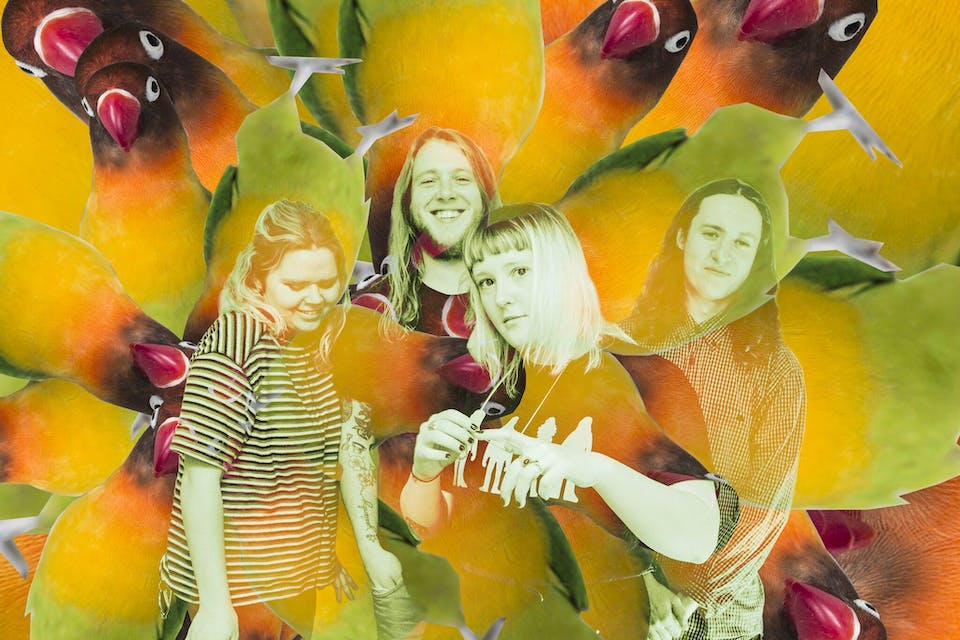 Today the Brighton, UK-based quartet Penelope Isles, led by brother and sister Jack and Lily Wolter, have released “Cut Your Hair” from their forthcoming debut album Until the Tide Creeps In, due out this Friday, July 12th on Bella Union. Flood premiered the song, saying: "...the five-minute slow-burner is its own unique brand of noisy pop, lurching along before opening up into a heavy, guitar-driven downpour."

Jack Wolter had this to say about the song: "One of my favourite songs to play live. The slow sludgy groove always feels like a refreshing moment in the set. I wrote it in our old garage on the Isle Of Man whilst in uncertainty of whether or not to move away to pursue a career in music or not. I had a small studio set up and it started with the drum groove and the rest happened really quickly. I guess it’s a fixtinal tale and concept of what could have been me if I didn’t have a go at doing ‘the band thing’. A don’t give up on your dreams kinda thing."

Penelope Isle’s “Cut Your Hair” is the fourth track released from the forthcoming album following “Leipzig” and “Chlorine,” as well as the love song “Round,” which is “a collection of moments and thoughts of what it's like to be in love,” explains the band’s Jack Wolter who self-produced the album.

“Sweltering guitars scorch the earth [on ‘Chlorine’]... While summery synths and keys frolic in spaces left between the drum line and spiraling vocals, the riff phrases communicate nearly as much warmth and meaning as the lyrics do.” - Stereogum

"There is a grandeur to their songs, big and swelling, ebbs and flows...The whole band is seriously talented, and...seriously rock, too." - Brooklyn Vegan

"Choppy guitar and thumping percussion combine to create a markedly DIY aesthetic throughout the video’s three minutes and five seconds of scrapbooked collage visuals. Said DIY aesthetic, both sonically as well as visually, operates as a self-aware style, one that brings an element of dirty garage rock to the haze of dream-pop flushes." - Paste

"There's a feeling of nostalgia and jubilation when listening to ‘Round,’ with the lo-fi indie offering held together by dreamy percussion, psychedelic guitar rhythms and the engaging male/female harmonies of the Wolter siblings." - Indie Shuffle

Formed around the chemistry between siblings and dual songwriters Jack and Lily Wolter, Until the Tide Creeps In is an album deepened by shared experience. Born in Devon and raised on the Isle of Man, the Wolters’ bonds were strengthened by separation when Jack moved away to study art at university at 19, when Lily was 13. As he puts it, wryly, “By the time I moved home Lily was not so much of an annoying younger sister anymore and had grown up and started playing in bands and writing songs. We soon became very close. I had written some songs, so we started a band called Your Gold Teeth. We toured a bit and then Lily left for Brighton to study songwriting. A couple of years later I moved down and we started Penelope Isles together.” For every sibling band forged in rivalry, many others mount an unassailable genetic argument for keeping the music in the family. The latter is assuredly the case with Penelope Isles, a quartet completed by Jack Sowton and Becky Redford.

Crisp and woozy, blissful and biting, Until the Tide Creeps In showcases the band’s expansive DIY mix of translucent dream-pop, fuzz-rock guitars and indie-psych flushes comes lovingly dipped in exquisite harmonies and lustrous melodies: a combination so intuitive, you’d think it was in their blood. 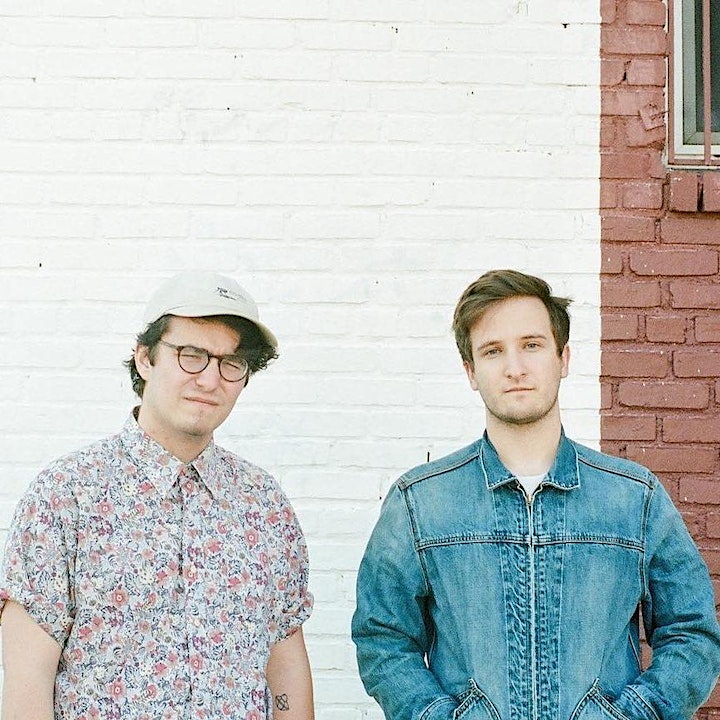 TOLEDO is the Brooklyn-based project of lifelong friends Daniel Álvarez de Toledo & Jordan Dunn-Pilz. Their personable charisma, beyond-their-years technical abilities,and enduring love for each other are palpable in their songs and dynamic 4-piece liveshow. They've established themselves in the NYC live music scene, performing consistently around the city - including a sold out show at Mercury Lounge earlier this year. Their Hot Stuff EP debuted in April of 2019.