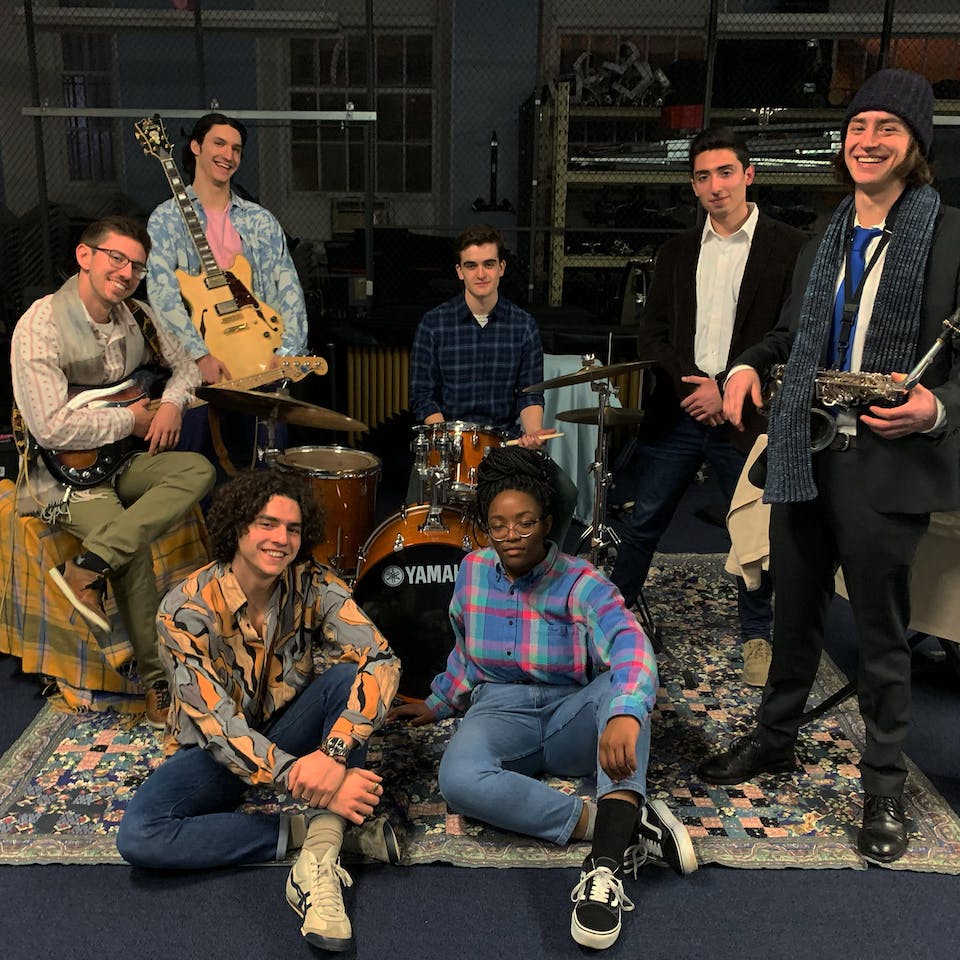 Patchwork is a Georgetown-based soul-funk-fusion experience. True to its name, Patchwork performs a set of upbeat originals and popular covers, drawing on harmonies and textures from a variety of genres. With two guitars, keyboard, bass, drums, and sax, Patchwork brings an infectious groove to their high-energy set. On top of it all, you'll hear some smooth vocals featuring Kendall Bryant!

Bogus! is a music collective mainly comprising of 3 artists: Seamus, Abe, and Ki. These three are dedicated to having a good laugh at the world, and sometimes a good cry. Genre-fluidity is fundamental to the group's mentality, heavily drawing on hip hop, alternative, and folk music, and frequently the violin of Seamus, who is classically trained. As of now the group is entirely independent, and gradually increasing the scope of their audience. Their first single IDONTDONOTHIN has racked up more than 15,000 streams since it's release, and was placed on Spotify's "Fresh Finds" playlist, where up-and-coming artists deemed worthy of a spotlight are featured. Since the success of IDONTDONOTHIN, Bogus! fans anticipate a body of work in the early part of 2020, having showcased a wide variety of songs at various sold out shows, including sets opening for Slowthai! and Faye Webster in DC and at Arlene's Grocery in New York and Bossa Bistro & Lounge in AdMo.