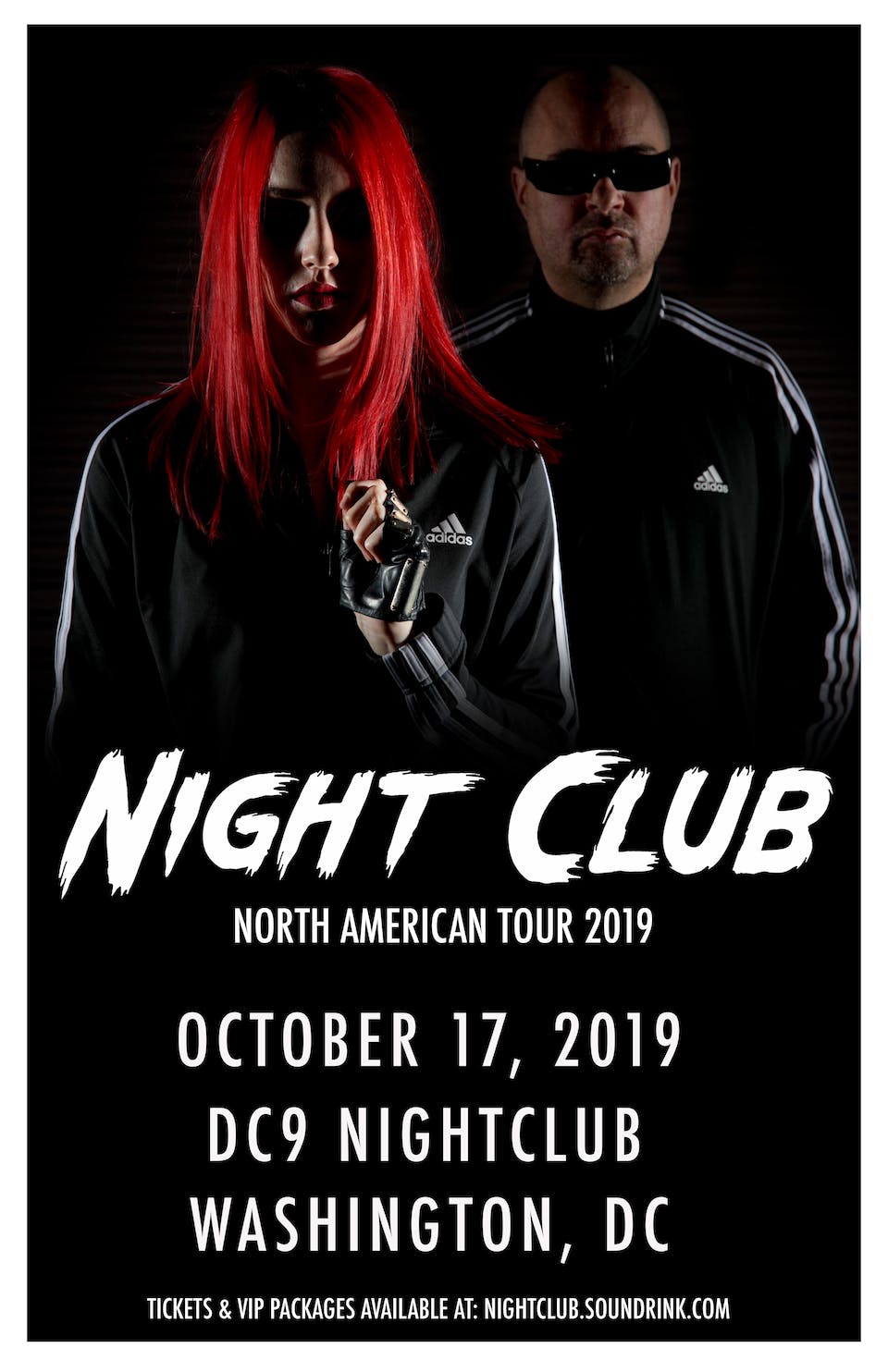 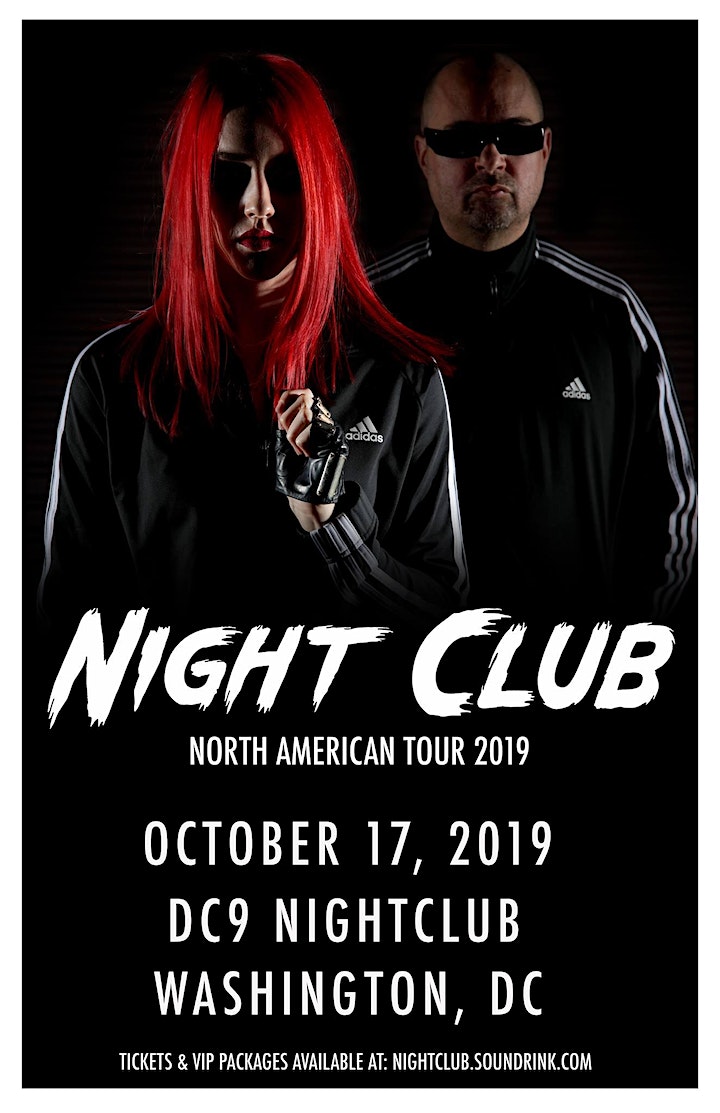 Night Club are one of those bands that very sneakily cut through the fabric of your daily routine, nestling an earworm somewhere between the hippocampus and the amygdala. At a time when you’re folding laundry, sitting behind a desk or making that first pot of coffee, the diminished pop glory of “Candy Coated Suicide” shows up to whisk you away to a leather-clad universe filled with dancing acid bunnies, pink swamps and overall derelict joy. This intense picture is painted with the happenstance that Emily Kavanaugh and Mark Brooks smacked into in 2011 when they formed Night Club, only to show up touring with one of the largest bands in the world with A Perfect Circle seven years later.

Night Club has a knack for uniting elements of pop, punk, electronica, hip-hop and metal to form a sound all their own. Kavanaugh and Brooks are both students and lovers of all music and cite the song, not genre, as a driving influence in songwriting. There’s no better example of this open-mindedness than how the duo formed — at a party over a love of, believe it or not, The Vines.

The Purge started out as a simple experiment after Edgar Graves of The Cemetery Boys told Thomas Duerig how to recreate his signature bass guitar tone. It would end up becoming Thomas' primary emotional outlet. In 2013, Thomas produced the full-length LP "Waves." At the time he was juggling his production role in Gutter Gloss and wasn't able to coordinate other band members into making The Purge into the live experience he wanted to be.

Gutter Gloss would break up in late 2014 and the single "Tenacity" was a direct response to that. Following that break up, however, The Purge would remain relatively inactive. In 2016, the single "Life Is Strange" was released, but no major activity came from it.

In late 2017, Thomas would face a painful separation from his long-time partner and son that spurred the release of the single "Faith & Trust" and pushed him to make The Purge a live solo act.

2018 saw the release of The Bad Ideas We Build Worlds, the first full-length release from The Purge since Waves.

After some surprise popularity from the song "Only Black," Thomas kept momentum with a string of EPs, singles, and music videos throughout the year and into 2019 including Carried Away, Is He Alive, Hurt You, and Damaged If I Don't Broken If I Do.

Is He Alive and Carried away both spent a brief period ranking high on the Bandcamp Goth charts. This, along with the song "A Pain That I'm Used To (Red This Ever Remix)" off the Damaged if I Don't Broken If I Do EP getting picked up by larger goth/industrial DJs, led to important exposure.

In the summer of 2019, The Purge released Rain, an album featuring original music and remixes from The Russian White, Gopal Metro, Heretics in the Lab, This Hollow Machine, and Red This Ever. The music video for the song's title track features additional performances by Angel Metro and Morgan Crespo and was directed by Tarik Begic.

The song launched with some popularity thanks to a meme campaign around the song's hook "I hate the rain."

It was at this point that The Purge made a very shocking move and released a second full-length album entitled Honesty less than a month after Rain's publication. Honesty featured 12 new original songs and was dedicated to the music producer Ships in the Night.