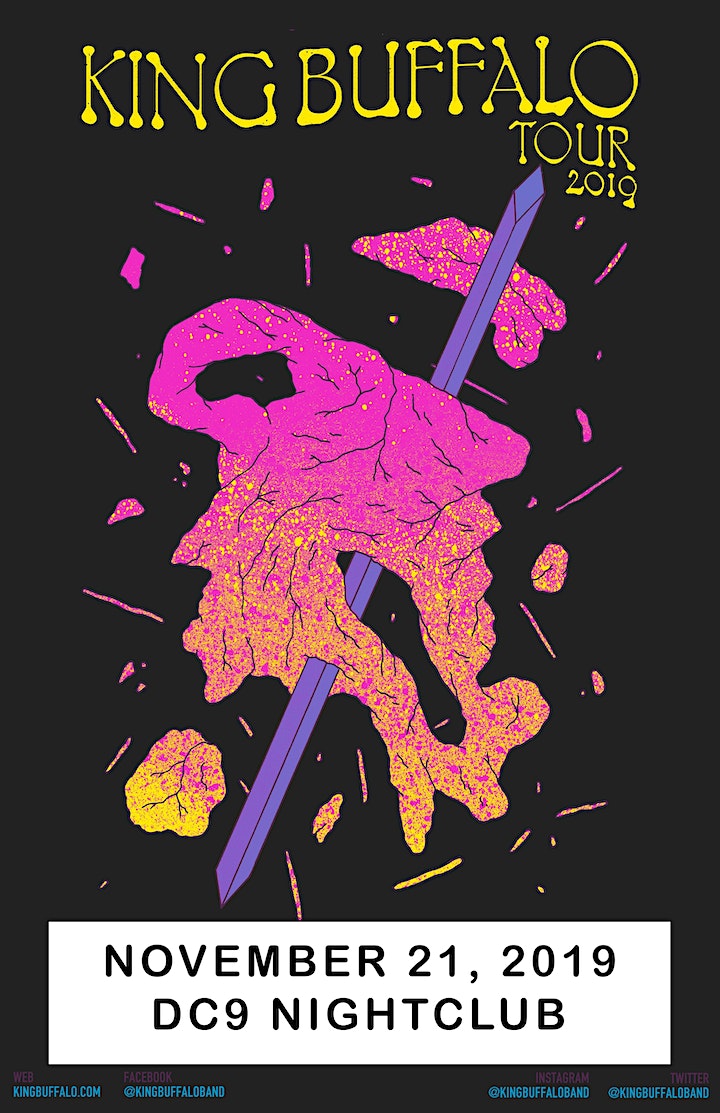 “King Buffalo is a psychedelic trio in the classic format of bass, drums, and guitar, whose expansive and thunderous music is anything but easily definable.

Formed by three long-standing members of the blooming Rochester, NY rock scene, King Buffalo gathered in September of 2013 to start working on a new musical collaboration in a heavy rock vein. Their efforts spawned a demo release and several splits and one-offs which, coupled with their impressive live show, quickly gained them an international audience.

Nearly exactly three years after their formation, written during and out of jam sessions, (King Buffalo released Orion)… nine tracks that are texturally rich and oozing with psychedelic goodness, yet honed and driving in the next blink of an eye. Lush, shimmering melodies á la Dead Meadow and free-flowing grooves… with the full force of fuzzed-out stoner rock riffs, all coinciding organically. Impressively, King Buffalo’s focus extends beyond composition and into the technical realm; Orion was recorded entirely by the band in the very same rehearsal room that played host to the songs’ creation.” – Sludgelord

“The question of how… heavy psych upstart trio King Buffalo will follow-up their debut full-length, Orion, is answered in the form of the three-track Repeater EP. In the year-plus since the album’s first, (self-)release in 2016, the three-piece of guitarist/vocalist Sean McVay, bassist Dan Reynolds and drummer Scott Donaldson signed to Stickman Records and oversaw an official issue of the record and have toured Stateside with All Them Witches and in Europe alongside labelmates Elder, and the EP brings three new cuts that represent the first new music they’ve produced following this productive time.

It is 24 minutes of material, and more than 13 of that resides within the opening title-track (also the longest of the set; immediate points), but in terms of flow and conveying a sense of how their progression is unfolding, Repeater feels like the first chapter in a larger story more than a standalone offering. That is to say, the vibe is more mini-album than single-song showcase for throwaways or “extras” from a recording session.

Part of that may of course owe to the fluidity in King Buffalo‘s approach overall, which was certainly a factor on Orion and just as certainly hasn’t at all been diminished by the stretches of time they’ve spent on the road, but there’s a perceptible resounding in the molten aspects of “Repeater,” “Too Little too Late” and “Centurion” that underlines the purposefulness with which King Buffalo engage such an open feel in what they do. Jamming is a crucial part of it at their foundation, but as far out as they go, their chemistry is put to use in servicing a song, even in something as vast as “Repeater” itself, which is their longest single track to-date.

I don’t know and won’t try to speculate where King Buffalo might go with their sophomore full-length when the time comes for it, how they might continue to grow, what they might push toward in terms of arrangements or execution or general sound, but Repeater finds them brimming with confidence both as individuals and as a unit, and their songwriting here hits a new level of craftsmanship that only raises one’s hopes even after such an impressive debut long-player. The question isn’t so much whether King Buffalo are prepared for their next step as it is whether their audience is ready to realize the special moment playing out in front of them.” – The Obelisk 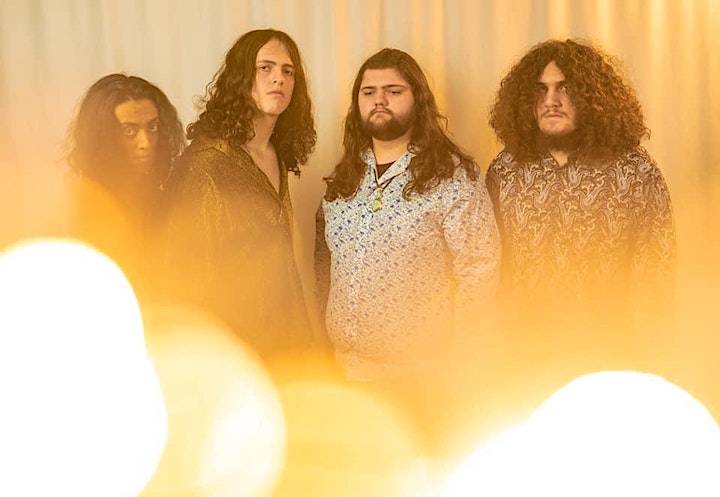 Hailing from the outskirts of Washington D.C, is a Psychedelic Rock and Roll band called Bluewreck. Consisting of four friends from the area, Bluewreck started out by covering old blues songs. But soon realized they wanted to create something of their own. Now, they have two full-length albums under their belt and even more music on the way. Above all else, Bluewreck aims to provide sonic voodoo and some Psychedelic wizardry along the way.