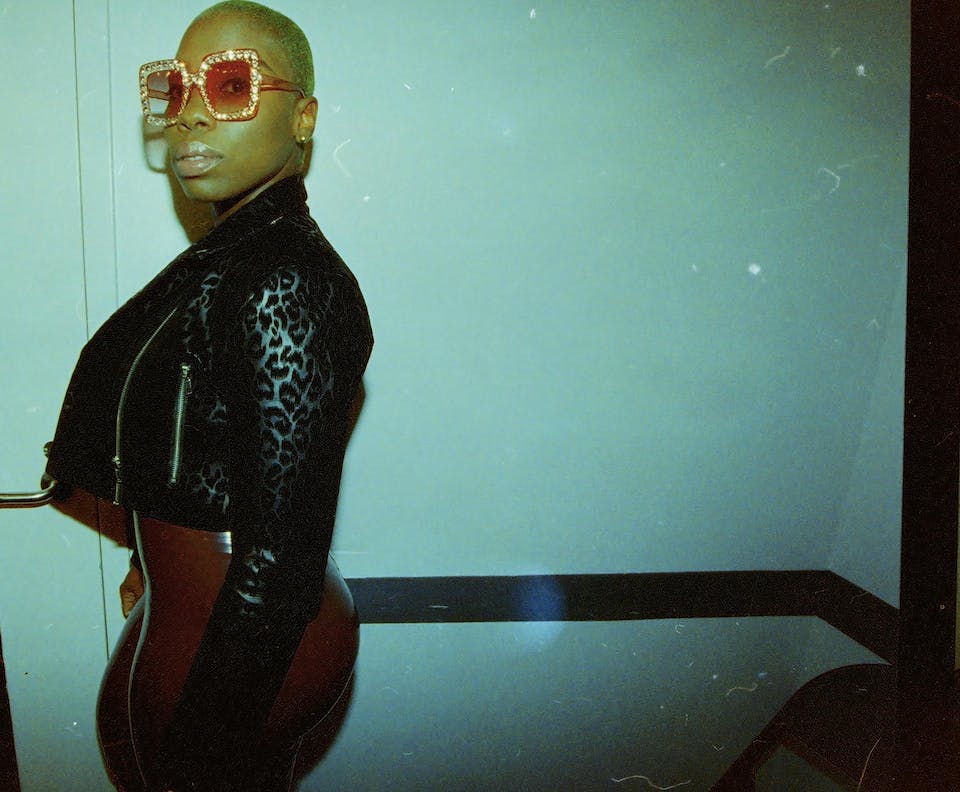 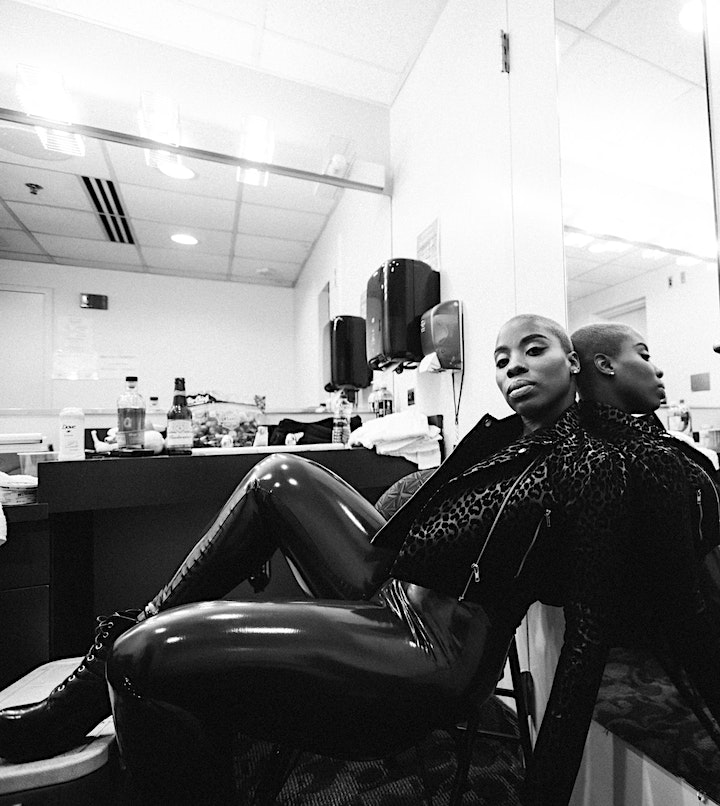 Years before she toured the world alongside Alicia Keys, wrote songs with John Legend, belted the Southern rhythm and blues with Muddy Magnolias and kicked off a solo career with 2019's Phase, Jessy Wilson grew up in Brooklyn, listening to the diverse sounds that filled her family's apartment.

Aretha Franklin, Gladys Knight and Curtis Mayfield were on the stereo. Lauryn Hill, Jay-Z and Biggie were on the radio. It was a mix of melody and movement, of soul and hip-hop. When Wilson moved to Nashville years later, she absorbed the sounds of the South, too, widening her internal soundtrack with the hard-hitting bang of rock & roll, blues and roots music. For Wilson — a Grammy-nominated songwriter whose past includes musical theater, international tours as an R&B backup singer, and songwriting collaborations with everyone from Usher and Kanye West to Faith Hill and Macy Gray— it made sense that such a wide range of music would be compelling.

"I feel like I've lived nine lives," she says. "I started out on Off Broadway as a kid, then began singing backgrounds. From there, John Legend became my mentor. I toured the world with him before concentrating on being a full-time songwriter. I moved to Nashville, explored and experimented, and now I'm here.”

Written and recorded with producer Patrick Carney — drummer for the Black Keys, as well as the driving force behind that band's percussive stomp — Phase brews up its own storm of soulful sound. It's a modern album rooted in everything that made the old stuff good: the R&B melodies of the late 1960s and '70s; the pulsating grooves of hip-hop; the urban commentary and subtlety of Curtis Mayfield; fuzz guitar inspired by the crème de la crème of psychedelic rock; the irresistible, genre-bending of artists like The Beatles. Gritty and progressive, Phase reintroduces Jessy Wilson as we've never heard her before: undiluted, unaccompanied and unleashed.

Together, these empowered, autobiographical songs help tell Wilson’s story — a story that's seen its share of stages and writing rooms, punctuated by all the rejections and challenges that come with a life dedicated to art. On "waiting on…" and "LA night," she sings about her never-ending pursuit of the muse. "Never sneakers, always heels, on my tippy toes for a record deal," goes a line in the latter track, a slow-burning, haunting ballad that contrasts the purity of a songwriter's artistic goals with the surface-deep realities of the industry. Elsewhere, she sings about her experience as a modern-day black woman in "Cold in the South," recollects the street smarts of her Brooklyn childhood with "stay cool," and celebrates her sensuality with songs like "Oh, Baby!"

"In a way, like Dylan or Picasso, I feel like I’m going through these different phases as an artist," she explains. "That’s what inspired the title, Phase. This album fills the gap between everything I’ve been and everything I’m becoming. It’s the piece that's been missing."

Wilson and Carney co-wrote much of the album in the studio, often bouncing between three songs at once. Whenever they weren't making music together, they were sharing recommendations, geeking out over Tina Turner b-sides, Wu-Tang Clan classics, and Gloria Ann Taylor deep cuts. They worked like that for 40 days, only soliciting the involvement of five other people: Grammy-winning mixer Tchad Blake; guitar player Delicate Steve; a cellist; an engineer; and James McFarlin, Wilson’s boyfriend and lyrical collaborator. The result is a breakthrough not only for Wilson's award-winning songwriting, but also her voice — an instrument that's elastic and electrifying, from the airy croon she uses during "waiting on…" to the hard-hitting, ball-busting belt of "Clap Your Hands.”

"My vocal approach was big for me on this album," Wilson adds. "For years, singing was synonymous with being entertaining. You hit a high note, wail, or do something impressive, and people love it. But when we were in the studio, Pat and I talked a lot about the softer sides of my voice that hadn’t really been recorded. It was all about laying back, letting the textures of my voice have their way, letting my stories tell themselves through me. Every lyric is the truth and I found so much of myself resting in those quiet places, and Pat really created a safe space for me to explore new dimensions and do my thing as an artist."

Phase is an album for the dance floor, the rock club, the bedroom, and the dive bar. An album that stomps and swaggers, targeting the feet one minute and the head the next. After logging multiple years sharing the stage with others, Jessy Wilson has created her own declaration of independence, finding a sound that plants one foot in the territory of her influences and then points the other in a new, unexplored direction. 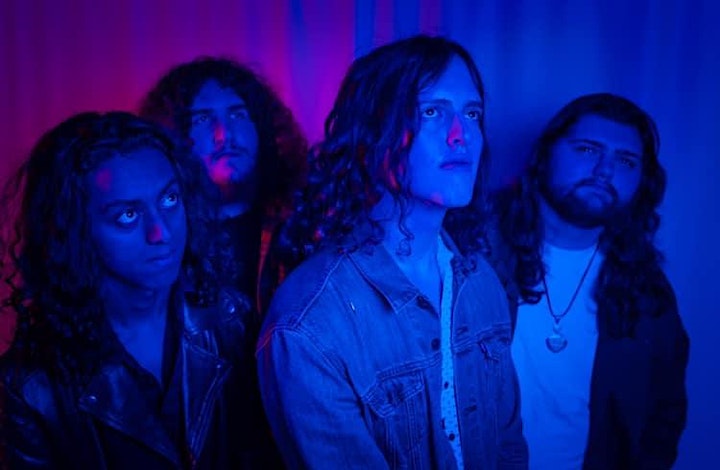 Consisting of four friends from the Washington D.C area, Bluewreck started out just like any other band would. By getting together in a hot basement and playing, revamping, and making some of their favorite songs sound even heavier. Soon afterward, they all felt a natural chemistry between the four of them, who had been playing in different bands since they met in high school, but never together. They soon began writing, and eventually recording their first EP, which would be released in March of 2018. Following this release, they played some of D.C's best venues. Including Union Stage, Jammin Java, and Tally Ho Theatre in Leesburg. During this time, they continued writing for what would eventually become their first album, Out Of Control. Out Of Control was released on all streaming platforms in August of 2018. Following a headlining show at Rock And Roll Hotel and DC9, Bluewreck released a single, titled Coming Down in March of 2019. In March, they were added as direct support for People's Blues Of Richmond, and just recently opened up for King Buffalo as well. Above all else, Bluewreck aims to provide a good time at their live shows. They hope to provide some freaky voodoo to help people get loose, and make some sonic witchcraft along the way.