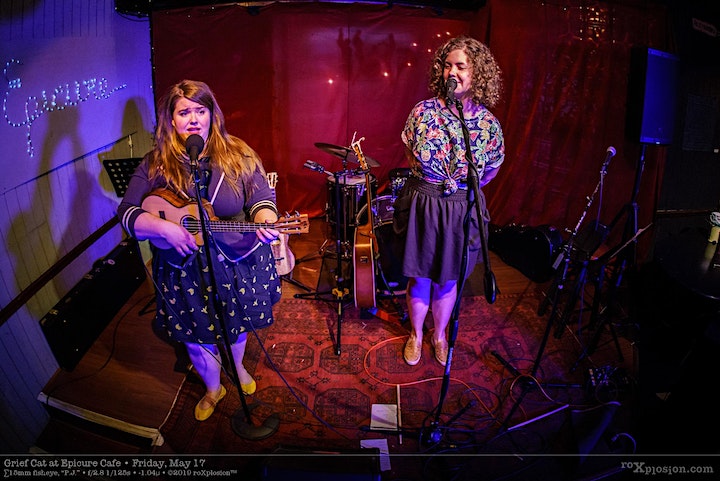 Griefcat is brought to you by local favorites Louisa Hall and Nardo Lilly. Both established singer songwriters in their own rights, they’ve played venues ranging from the 9:30 club, The Kennedy Center Millennium Stage, the Capitol Building, and many living rooms shows near you. With their talents combined, expect lush harmonies and heartfelt lyrics, often with a wink or twist. 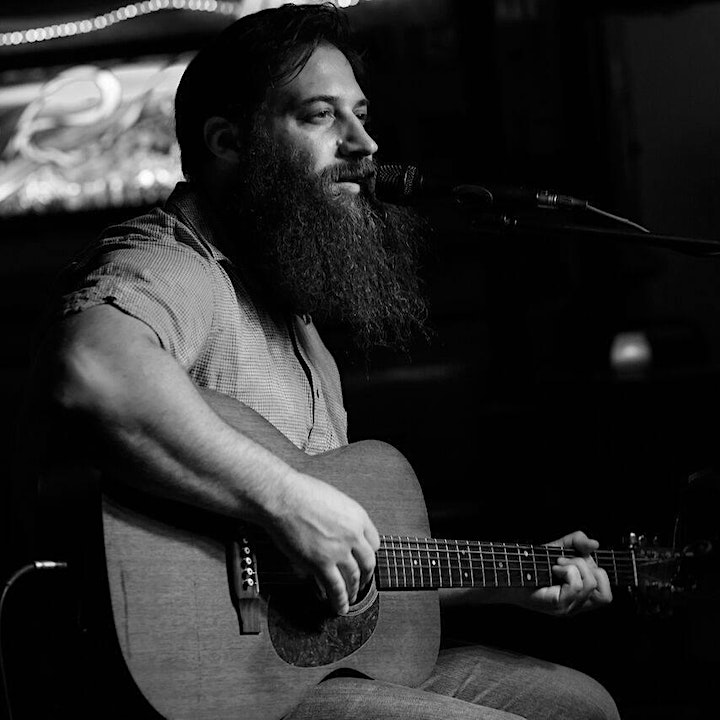 Jason Ager is a dedicated father, a passionate college professor, and a hyper-literate original songwriter. Balancing a PhD in German Literature with a few days a week as a stay-at-home dad, Jason still plays more than 100 shows a year in the Mid-Atlantic region and beyond.

On his third album, Porchlight, Ager’s talent as a storyteller shines as he weaves together the academic and the arcane into clever lyrics that reward the careful listener. Nestled comfortably atop classic soul, R&B, and rock influences, songs like “Overload” and “Everybody Needs Love” epitomize Jason’s ability to rouse hearts and minds in the same breath. 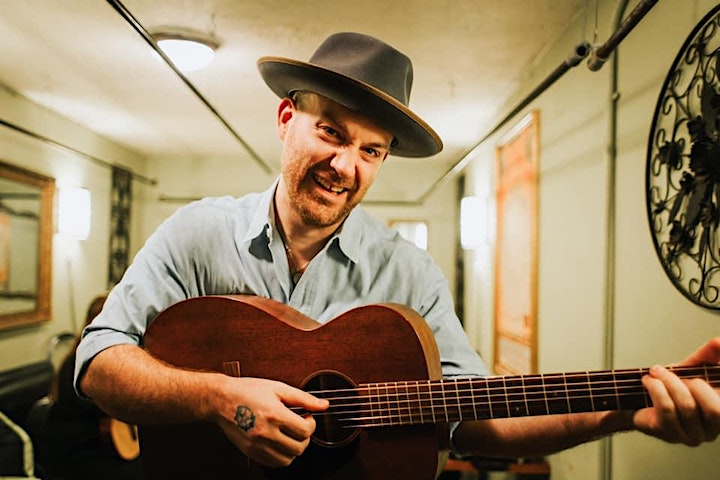 Justin Trawick and The Common Good’s debut record, “The Riverwash EP”, exemplifies the raw emotional live sound Trawick and the band have cultivated over the years playing in clubs and festivals up and down the East Coast. With instrumentation consisting of acoustic guitar, upright bass, fiddle, mandolin, and pedal steel, the band’s live performance plays fast and loose with the “Americana” genre, performing heartfelt ballads followed by raucous bluegrass melodies and even moments of hip hop verses. Written by DC based songwriter Justin Trawick, “The Riverwash EP” introduces the listener to Trawick’s unique brand storytelling with five original songs about love, loss, longing, resilience, and time pulling heartstrings of listeners young and old. Adam Levy (Norah Jones, Tracy Chapman) guest performs on guitar during “All the Places That I’ve Been”, a song inspired by Trawick’s ninety-seven year old grandmother and her stories of the World War II generation. Finally, the album closes with the band’s unique take on “Wonderwall” by Oasis, a track sure to trick the audience into thinking they’re listening to another Trawick original.

Justin Trawick has been performing in the Washington DC area and along the East Coast since 2006, citing musical influences like Bob Schneider, Greensky Bluegrass, The Tallest Man on Earth, G. Love, Old Crow Medicine Show, and David Gray. In February of 2014, Trawick won “Song of the Year” at the Washington Area Music Awards for his solo recording of “All the Places That I’ve Been," which can be downloaded on iTunes as a single along with his five other solo records and EPs. In June of 2015, Trawick released his first single, “Goodbye”, under the band name "Justin Trawick and the Common Good”; written about the search for direction and belonging in a world that constantly feels one step ahead of you. Trawick and the band have performed for the Kingman Island Bluegrass Festival, Appaloosa Roots Music Festival, Floyd Yoga Jam, TedxEast in NYC at the City Winery, TedxPennsylvaniaAvenue in DC at the Newseum, and has opened for over 30 national acts including Suzanne Vega, Wyclef Jean, Brett Dennen, Blues Traveler, Enter The Haggis, Bob Schneider, and Edwin McCain, and shared bills with Dr. Dogg and The Avett Brothers. Founder of the nationally touring show “The 9 Songwriter Series” and co-founder of “The Circus Life Podcast" with guests such as Kevin Eubanks, Chris Thomas King, Ernie Halter, Yarn, and Snuffy Walden, Trawick has built a brand that extends far beyond his home base in DC. For more information, please visit http://justintrawick.com