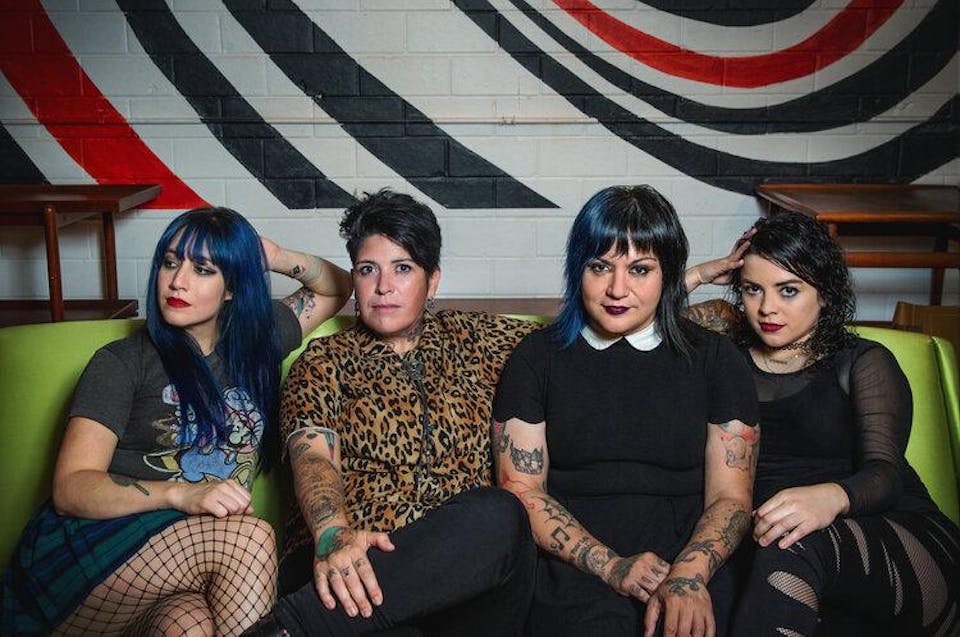 Fea is the continued ferocity of Girl In A Coma’s Phanie Diaz and Jenn Alva, joined by lead vocalist Letty Martinez and guitarist Sofi. Their melodic brand of Riot Grrrl Chicana Punk immediately caught the attention of Joan Jett who signed them to her label Blackheart, and Iggy Pop who sang their praises to Rolling Stone which has since been echoed by many! Producers on their debut LP (self- titled) include Lori Barbero (Babes In Toyland), Laura Jane Grace (Against Me!), and Alice Bag (The Bags), all of whom perfectly compliment the band’s fierce exploration of societal, cultural and gender-related issues. Mixing humor with agency, English with Spanish, Fea empowers listeners and inspires dissidence. Resistance has never sounded so infectious!

Company Calls is a D.C. based band that formed when Nat (Vocalist/Bassist) and Krys (Guitarist) met one fated night at a show. Since then, they have been creating music that blends several genres but most distinct is their impulse to creating poppy punk-loving tunes that blur the line between life’s uncertainties and desire. In 2015, they met Tito Sanchez, who later joined on the drums to complete their eclectic sound.

Playing shows and supporting artists in the DMV has brought them to open up for various artists to include Nina Díaz with Black Heart Records, In The Whale, The Kominas, free, Sick of Sarah, Carla Morrison and Honey Blood in iconic DC venues like the Howard Theatre, Black Cat, DC9, Rock and Roll Hotel, and some outside of the DMV to include North Carolina and Philadelphia.