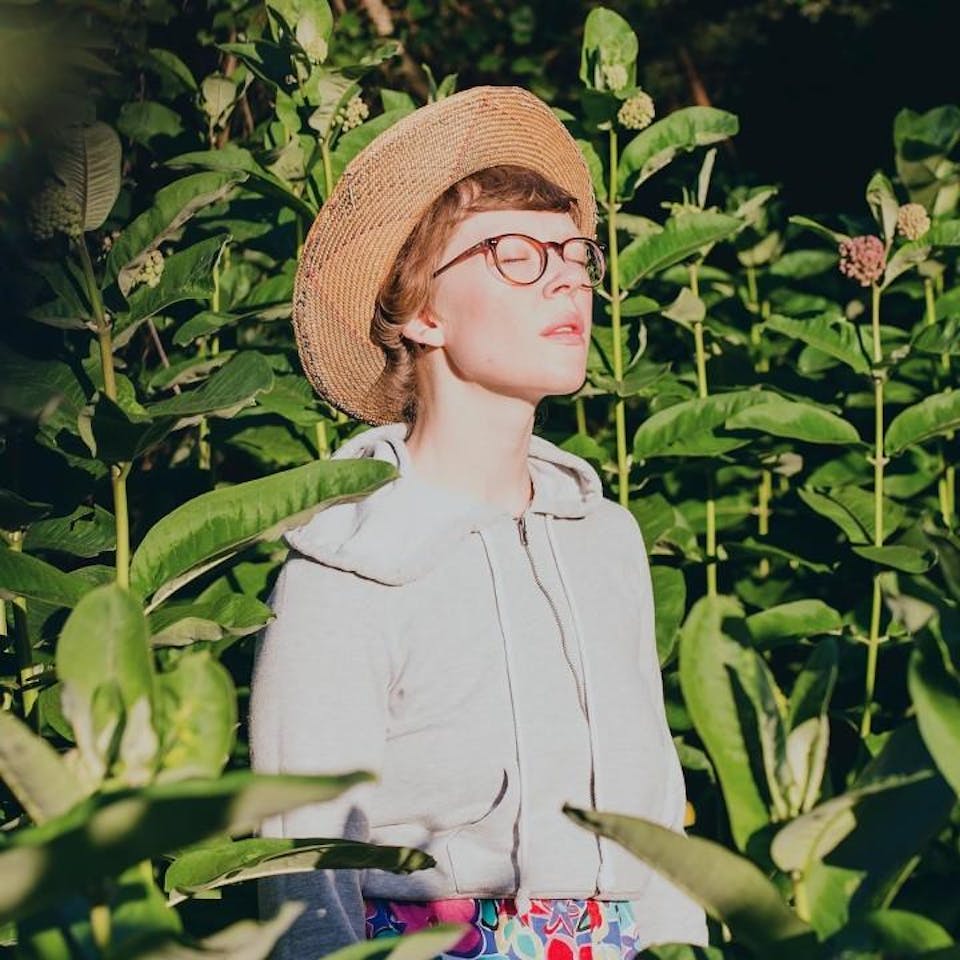 Daughter of Swords | The Dead Tongues

In 2017, Alexandra Sauser-Monnig began recording a set of songs... about a breakup that had yet to happen. Her partnership had drifted into a comfortable state of indecision, stalling when it came time to make big life moves or chase new horizons. She had the sense that she needed to slip the relationship in order to pursue everything else life might have in store -- more music, more adventures, a general sense of the unknown. Those feelings drifted steadily into a set of songs that lamented the inevitable loss but, more important, outlined the promise of the future. Recording the ten tracks that became her stunning solo debut, Dawnbreaker, under the new name Daughter of Swords gave Sauser-Monnig permission to go.

Dawnbreaker began as the first phase of Sauser-Monnig's return to music after stepping to the sidelines for the better part of a decade. Her college trio, Mountain Man, rose to quick acclaim for their peerless harmonies around 2010, but the friends slowly drifted apart, following their own interests to different coasts and concerns. While working on a flower farm as a farmhand, though, Sauser-Monnig realized that she missed the emotional articulation she found in writing songs and singing them and resolved to start again. She pieced together an album just as Mountain Man -- now newly gathered in the fertile Piedmont of North Carolina -- began to regroup for its second LP, 2018's aptly named Magic Ship. Working with Sylvan Esso's Nick Sanborn, Sauser-Monnig shaped what began as quiet reflections into confident compositions, crackling with country swagger and a sparkling pop warmth. They were, after all, preemptive odes to the next phase of life.

Calling the ten tunes of Dawnbreaker breakup songs is to hamstring them with elegiac expectations, to paint them as sad-eyed surrenders to loss and grief. Sure, there is the gentle opener "Fellows," a hushed number that explores the turmoil of being unable to reciprocate the feelings of a wild and shy, tall and fine man. And there's the blossoming country shuffle of "Easy Is Hard," where Sauser-Monnig stands in the yard and sees her lover leave, his taillights fading into the night sky; she can't sleep, so she gets up to turn the lights and stereo on, to "feel my soul coming down."

Even there, amid the throes of a life convulsion, there is a wisp of hope and possibility, framed by the way "the dim light change[s] into dawn, rosy blue, pink fawn." The very heart of Dawnbreaker is not the impending breakup that inspired many of its songs but the sense of liberation and breaking out that the breakup inspired. Buoyed by the insistent patter of a drum machine and rich acoustic guitars, Sauser-Monnig finds herself in search of new thrills during "Gem," whether pondering the fleeting nature of existence at a waterfall's edge or watching the shapes of mountains seemingly dance beneath her headlights. The muted, harmonica-lined boogie of "Sun" begins with a vulnerable confession, a revelation of loneliness; it is, however, a low-key anthem for the open road, about giving oneself over to the infinity of solitude and an endless strip of asphalt. Sauser-Monnig captures these scenes with a painter's eye and delivers them with a novelist's heart.

There's no better testament than "Shining Woman," where Sauser-Monnig portrays a ropy woman navigating her "steel steed" up and down the bends and passes of California's fabled Highway 1. She openly marvels at that spirit and strength, wishing that for her own life. With Dawnbreaker, she has found it in some measure -- the joy of something new, the excitement of risk. Though Sauser-Monnig nearly recorded these songs as barebones folk ballads, she reimagined them with Sanborn and a top-tier crew of North Carolina friends, like fellow Mountain Man singers Amelia Meath and Molly Sarlé, bandleader Phil Cook, and guitarist Ryan Gustafson. These vivid settings highlight the emotional contours of these songs, revealing the complexity that comes with knowing that, in order to live, you sometimes have to let something as strong as love go.

Ryan Gustafson remembers very little about the origins of the ten songs on Unsung Passage, his profound new reflection on the emotional architecture of love, loneliness, and life at large.

He mostly knows that the songs were written during quick spans scattered between various tours of the last two years—as a supporting guitarist for his kindred North Carolina spirits Hiss Golden Messenger and Phil Cook’s Guitarheels and as the leader of his own long-evolving vehicle for a beautifully fractured vision of folk, country, blues, and cosmic American rock, The Dead Tongues. Gustafson’s third and best album under that name, Unsung Passage depends more on the songs themselves than the sounds around them. It is a first-person reckoning with the things Gustafson, a chronically peripatetic adventurer, has seen enough to sing about. “Every turn, every changing that occurs,” Gustafson offers during “The Broken Side of People Everywhere,” his voice sweetly yearning for whatever it is that might come next. “There’s a string attached, with a promise at the end.”

Indeed, funneling the lessons of the road into songs isn’t new for Gustafson; during the last two decades, it has become his standard practice. When he was twenty, he left North Carolina for the first of many backpacking trips across Europe, little but a sense of adventure and wonder to his name. He has hitchhiked from Oregon to New Orleans with a banjo and a bag and lived in and rebuilt an aging school bus, meant for an extended trek across the continent (that is, until the cost of gas proved prohibitive). After several years in a commune in the western woods of Asheville, North Carolina, he now lives in a nearby camper, at least when he’s off the road long enough to call anything home. “When I’m traveling, it’s like walking into these different windows. I’m a witness, with my mouth shut,” Gustafson says. “The people you meet, the way the landscape speaks to you, how a desert is different than a mountain: It has the potential to bring out something you didn’t know was there.”