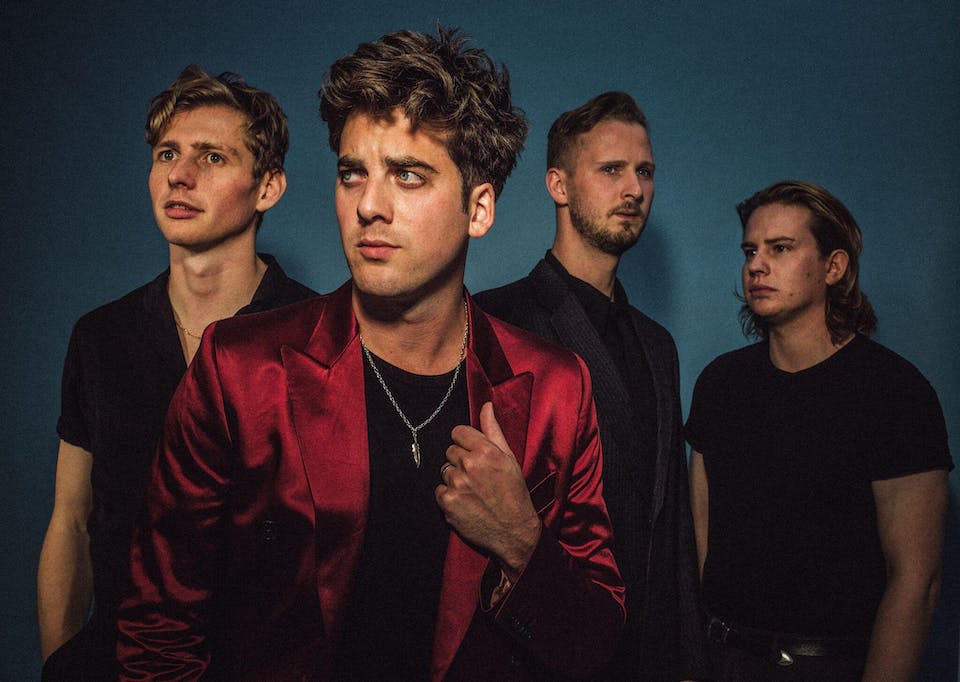 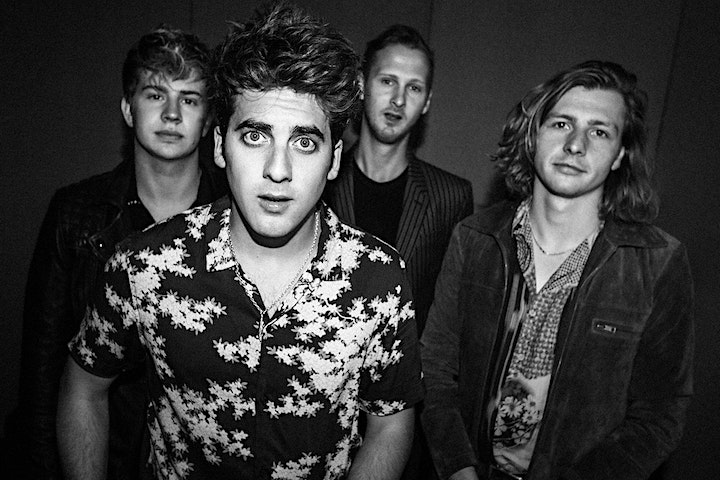 What’s It Like Over There?, the brilliant third album by Circa Waves, is the record that nearly never was. Frontman Kieran Shudall was struggling for inspiration when he stumbled upon a notebook filled with scribblings in the band’s lock-up, discovering page after page of lyrical ideas and short story sketches that he’d written in a half-drunk, half-sleep deprived state whilst the band were touring across America on the previous autumn. It gave Shudall the shot in the arm he needed to get his band’s third album underway. The fuse was lit, and the disconnect of time and distance that Shudall felt as he scanned through the notebook, reading his own work whilst feeling like it was written by another person, would become the idea out of which What’s It Like Over There? would grow. It’s a record that fuses the visceral thrill of rock music with a slick pop sound, its themes of modern ennui, emotional fragility and all the inside-outs and upside-downs of relationships making it a record that could only have been made now.

The group – Shudall (vocals, guitar), Joe Falconer (guitar), Sam Rourke (bass) and Colin Jones (drums) – approached their third record with a more ambitious mindset than anything they’d done before. Their 2015 debut Young Chasers introduced them as a quartet armed with a batch of surging indie-rock anthems with its 2017 follow-up Different Creatures revealing a radical retooling of their sound, the songs more muscular, the riffs heavier, the choruses punchier. Playing it safe is not something Circa Waves know how to do; another sonic shift was approaching. “We’ve passed the garage indie-rock “dead happy to be here” vibe,” says Shudall. “The music is deliberately more commercial cos we want to push ourselves in a bigger direction.”

Taking their cues from contemporary trailblazers such as Beck, Arctic Monkeys, Gorillaz and Drake as much as classic troubadours like Joni Mitchell and Carole King, the band felt inspired to unshackle themselves from the traditional expectations of what a rock’n’roll band should be. “We wanted to start seeing ourselves less in those defined roles – the drummer, the bass player – and blurring the lines a bit more,” says Falconer. Instruments were swapped, pianos were played, the song was king. “I’m really getting into the world of ‘let the song be the greatest song it could be’, and not let the restrictions of ‘we’re a rock band’ rule,” adds Shudall. “We wanted to make it as big and powerful and as cinematic as it could be. Being completely open to using everything at your whim is really exciting.”

Shudall had toyed with the idea of producing the record himself, but realising the scope and expanse of the band’s next move enlisted the help of The Killers, Foals and Smashing Pumpkins collaborator Alan Moulder, who worked with the group so successfully on Different Creatures. “Alan is the only person who can get inside our heads and create the sound that we all want,” says Shudall.

As the UK was brought to a standstill during the cold snap in the early months of 2018, the group hunkered down in Hoxa Studios, north-west London, for four weeks to bring their vision to life. “A lot of the songs were written in America, all LA and sun-kissed, and then recorded in the studio, freezing. Finishing writing those songs in Liverpool, about America, was a unique thing. Having the distance of perspective was a cool angle I’d not done before,” explains Shudall. “It feels like a dream,” says Falconer, “playing music that’s so evocative of a time but you’re so far away from it. Your relationship with the music becomes ethereal.”

What’s It Like Over There? pays a lyrical debt to the band’s time on the road in America, Shudall’s ever-observational eye taking real-life scenarios and morphing them into imaginary tales, the thread of relationships weaving them together. The album’s title connects to Shudall’s discovery of his US diary, a salute to another version of himself but also one that can be interpreted in a variety of ways. “Does it mean, literally, ‘what’s it like over there in America?’?, or mentally, ‘how are you feeling?’” he muses. “Reading the diary back, it’s almost like it’s me but it’s not me,” he says. “The album was almost never written. If I’d not found these scribblings, I don’t know what kind of album it would’ve been. I wouldn’t say I had writer’s block but it wasn’t coming easily to me. I didn’t know what our third album should be about, but when I found the diary, it was unbelievable.”

These are songs that mark out Circa Waves as one of the most exciting bands to emerge in the past decade, tracks with imagination and a spirit of adventure, music that redefines what it is to be a guitar band almost two decades into the new millennium. An intro track recorded on binaural headphones, the literal sound of stepping away from the world outside and shutting yourself away, gives way to the serrated riff groove of Sorry I’m Yours. “It’s a story about a relationship, feeling like you’re not good enough,” says Shudall. “I thought it was an interesting twist on “I love you loads” – it’s more “I know I’m a pain in the arse.” I thought that was romantic in a really honest way.” The track sets the tone for the record’s buccaneering spirit, using drums as a leading instrument rather than a thumping follower.

The gospel-ish piano hook of Times Won’t Change Me was the song that blew everything wide open. “We were already using synths and stuff but after this, we put Passport on piano too. It opened that world a bit more,” says Shudall. “When you’ve got something that’s so blatantly a departure, it felt like we could go anywhere with anything,” adds Falconer.

Pulsating rocker Movies was written backstage at a venue in Tulsa, a heartfelt to homage to Shudall’s wife for keeping his sanity intact, whilst the metallic licks and taut rhythmics of Me, Myself & Hollywood combines the band’s love of hip-hop textures with traditional instrumentation. “We’ve never done swagger,” says Falconer. “We’ve been brash or sentimental, but we’ve allowed ourselves a bit of swagger on that song.”

The Way We Say Goodbye is the album’s lighter-waving moment, a gripping anthem. “There’s a thing with bands being scared of that big epic song, but on your third album, you can afford to be more open. The pop will not hurt you, it’ll set you free!” says Shudall. The breezy, Beatles-y Passport received a piano-led makeover and the menacing stomp of Be Somebody Good is a close relation to Sorry I’m Yours, written in the same week and sharing its themes of self-improvement. The electronica-flecked gallop of Motorcade wasn’t intended as a Circa Waves track, born out of Shudall experimenting with new shades and textures but brought into the fold when the band responded so positively to its demo version. “It gave me that moment where someone says, ‘You’re allowed to do what you want.’” It captures What’s It Like Over There’s inventive approach, whilst the vast rock march of final track Savior is a nod to Led Zeppelin’s intimidating snarl, a song that remoulds the classic-rock standard for the modern age.

Circa Waves’ third album may be the album that nearly never was, but it will become the album their fans can’t live without. It’s another leap forward, another magical reconfiguration of their DNA, a union of emotional depth and intricate songcraft. Circa Waves have taken the theory that they’re allowed to do whatever they want and ran with it. The results are stunning. 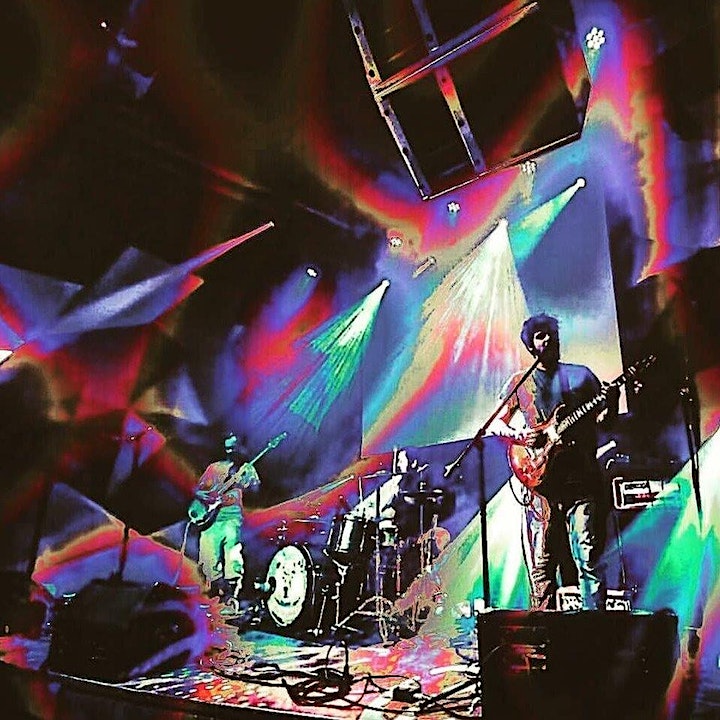