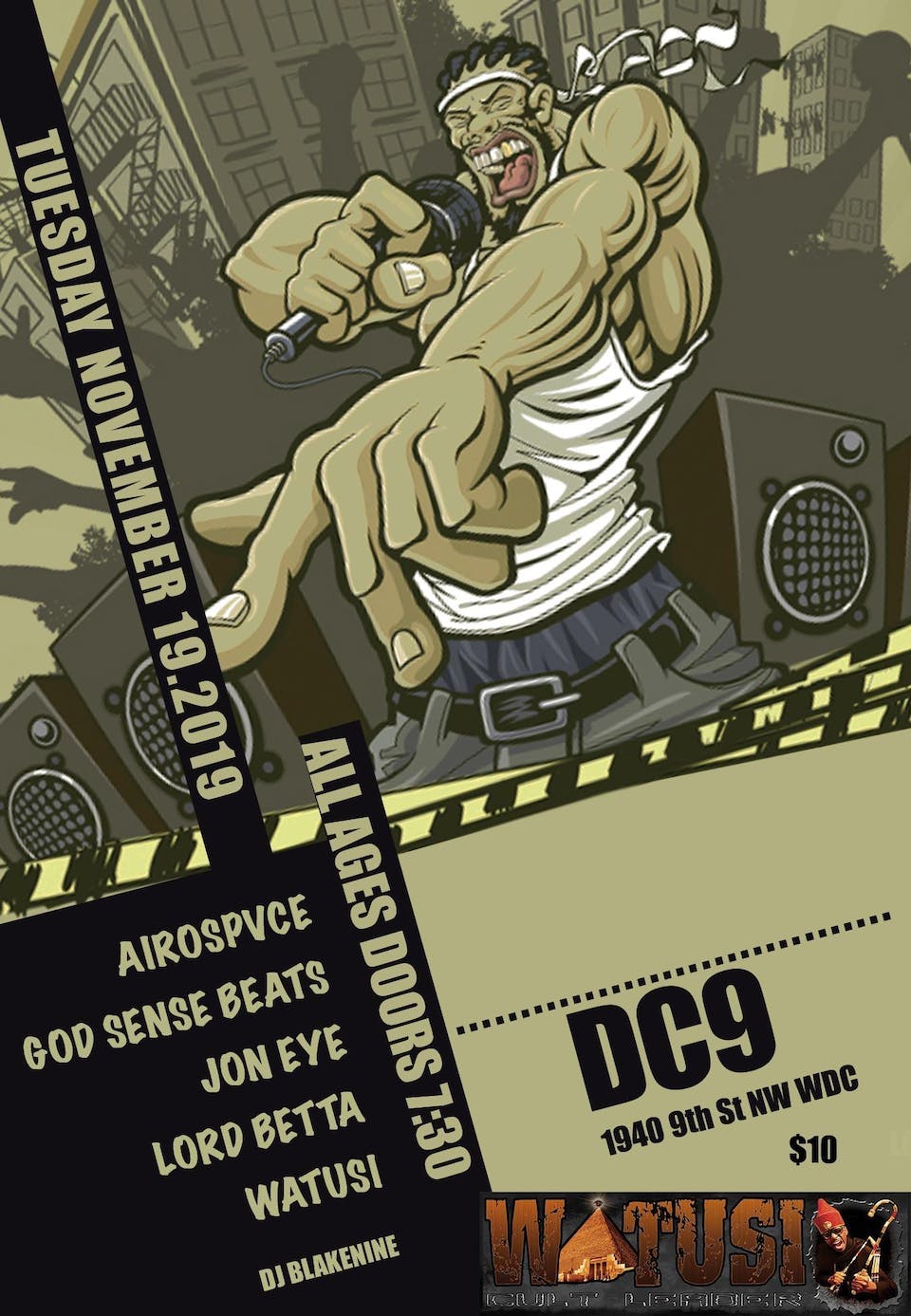 Watusi grew up in the Washington,D.C. area, but he spent much of his time visiting the inner city.He comes from a very musical family that helped him develop an eclectic ear. "I came up listening to a lot of different kinds of music, it wasn't just hip-hop...a lot of Afrobeat. I grew up listening to Reggae, a lot of R&B, definitely Rock-n-Roll,Alternative Music, a lot of Funk/Soul, and Jazz especially...Its the nations Capitol, so there's definitely a lot of culture.

"Each time Watusi visited D.C.,he developed more introspect on who he is and where he was headed in life. He started really visualizing himself taking his love for music to a performance level when he was about 16. Around this time, he spent most of his trips to the city invested in shows and research. "I became known as, what they in the underground scene, a 'head'. Before I started being known as a rapper, I was mainly known as a b-boy: a cat that would come and observe. I would ....come to ciphers, the shows, and just absorb it all... "This is when he really began noticing the variations between artists he encountered in the city, and those who he grew-up with outside of D.C.. The inner-city mindset reflected greater emulative behavior.

The ideas and lyrical styles being depicted were usually an attempt to to sound like some one else that they were inspired by.These observations fueled him to continue asking more questions. Watusi gained a lot insight helping him establish his own thoughts, introspectively. When Watusi was 18, he came across the "All Eyes On Egypt" bookstore in D.C. He began to research the literature of Dr.Malachi Kobina Z. York, a well- known author master teacher, guide and activist. He soon discovered the artist he'd found inspiration in were also inspired by Dr.York's writings.

In 1999 when he was 19, he visited the theme park that Dr.York and his community constructed "Tama-Re Egypt of The West". This is where Watusi met Dr. York personally. "It was something that was very uplifting ...From him, I saw different aspects of me, other than just African-American. So I definitely believe that he is someone that has THAT peace to the puzzle of making everything back to the way it was. He brought so many people together from all around the world.It wasn't with fanaticism...The world needs a person like that.

African men especially black men in America, we especially need positive influences...I think there are a lot of things on the earth that can be done away with. If we had more influence from our elders, who want the best for us, we would be a lot better.The elders know what's going on before it even happens to you.Their feet have been in those shoes before, you know what I mean? Watusi accredits much of who he is today to the spiritual work he was able to accomplish through the teachings he's studied."When I got into Hip-Hop it was like 'oh, everybody's doin' that,'but he made me see other things that add up to that ,and be very diverse other than just kinda like...one dimensional".He entered the Hip-Hop scene in the early nineties, known as the "The Golden Era" in the Hip-Hop cultural movement.