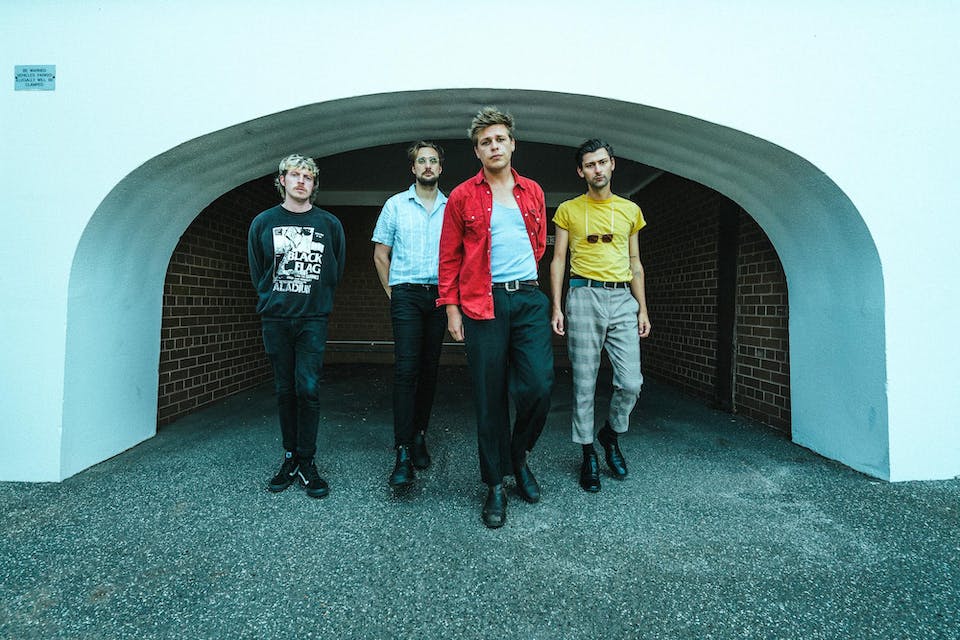 A. Swayze & the Ghosts

Tasmania’s much-tipped A.Swayze & the Ghosts today unleash ‘Mess of Me’, an anthemic slice of garage-punk that’s as immediate and bold as their theatrical live shows. The track received its world premiere by Matt Wilkinson on Beats 1 and is accompanied by a groundhog-day inspired video, directed by Nick Green.

It follows the breakthrough success of last single “Connect To Consume” which made Next Wave with Jack Saunders on Radio 1 and became Steve Lamacq’s Recommends Track Of The Week on 6 Music.

Parallel to the sass and irresistible swagger of the track is a deep dive into the attitudes and habits we develop from childhood. Front man, Andrew Swayze, explains:

“This song discusses inheritance. Not the conventional heirloom, but the type of negative trait you may learn as a child voyeur of your surroundings. Hendrik brought the song to us with the chorus "you're always trying to make a mess of me". Since I don't have any saboteur but myself, I changed his lyrics and wrote the rest around the new chorus.”

Natives of the Tasmanian capital, Hobart, the band have amassed a fierce live following thanks to their raw, bold and chaotic live performances – heightened by their notably charismatic and enigmatic lead singer, Andrew Swayze.

Over the last 18 months A.Swayze & the Ghosts have seen themselves championed and playlisted at 6 Music, put out material with Rough Trade and performed at festivals across the world. The band have also played alongside the likes of Shame, Frank Carter & The Rattlesnakes and Total Control to name just a few.